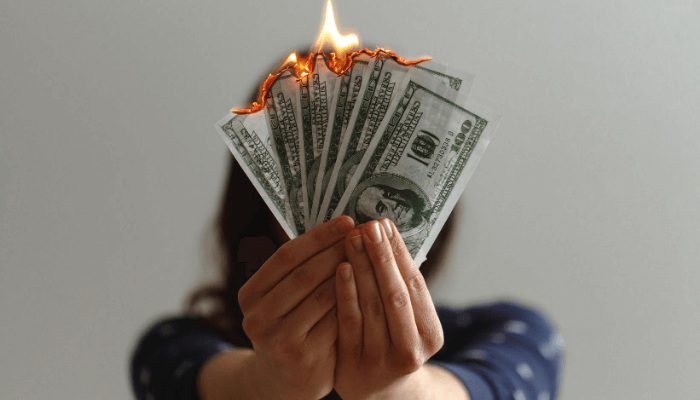 We don’t like to talk about finance. We won’t easily share our income publicly, or even privately with those closest to us. And there are a lot of other strange aspects to finance and salary — not just that we don’t disclose it, but also how we handle money (not always rationally or in a way that is in our best interest) and the way we acquire money (by doing jobs we may not like).

One particular thing about acquiring money that has always confused me is the concept of salary progression and the importance of your age. Specifically, the way salaries progress over time at the same employer is broken. Let me tell you why.

Salary progression at any employer currently looks a little bit like this. If you get a raise, it is often due to one of four things: 1) increased seniority (basically: you’re getting older), 2) a good performance rating, 3) a good result on an assessment of a specific skill, or 4) getting a new qualification, like a certificate or MBA.

Most of these make sense. After all, the idea is that if one of these variables go up, you must become better at your job which warrants higher pay. This also applies to seniority — the idea that the older you are, the more experience you have, thus the better work you deliver.

However, while performance ratings, assessments and new qualifications are strongly tied to increased output, seniority is not. I believe that except for inflation, there is not a whole lot to say for factoring in seniority in salary progression, as it does not necessarily result in increased output or productivity.

The Case for Output-Based Salary

There is a clear case for basing salaries on output, performance, or ‘how well you do your job’. When I worked as a civil servant a few years ago, one colleague always came in at 10 am and left at 4 pm. He/she didn’t really do much, and most of our colleagues didn’t even know what he/she was working on. Nonetheless, I’m sure that he/she got paid at least twice as much as me and others who just started their career but were working hard.

And this is no exception. Friends regularly tell me about older colleagues who deliver bad results but get paid much more than them. And it makes sense. If seniority indeed factors into salary progression, and if we consider that previous generations (used to) work for the same employer for 40 years, then it’s no mystery why there are people who get paid a lot but don’t necessarily do their job well.

Certainly, there are some jobs in which seniority does not play a role at all. A while ago I tweeted about this, and someone indicated that the salaries of consultants and sales people are generally not based on seniority. Specifically, in sales, you get a base salary plus a bonus for sales made. And consultants often get paid extra based on how well they did last year. But for most professions and employers, how old you are is pretty important in determining your salary.

Now there are some things to say for factoring seniority in salary decisions. If you have more experience in one job, we can expect you do to better. But if that is the important argument, shouldn’t we directly assess performance instead of indirectly assessing this on the basis of age?

Another reason not to disregard seniority in salaries is that we do usually spend more, the older we get. We may get children, and want to buy a house and support our family. However, much of our increased spending also comes from lifestyle inflation. If we disregard getting a family and perhaps medical costs, when we get older we don’t necessarily need to spend more. It’s just that we get used to certain luxuries and that ‘downgrading’ our lifestyle is difficult.

Lastly and most importantly, inflation is here to stay. This means that a salary increase of 3% (approximately the same as inflation) leaves you with the exact same purchasing power as last year. So if your salary doesn’t go up with more than 3%, then the number of things, products, or experiences you can buy actually decreases. So it makes sense to increase your salary by at least 3% every year. But we should name this for what it is: an inflation bonus.

So what would this new type of salary progression look like? We could look at how companies that work with remote workers pay salaries. Often, this revolves around a base salary that is multiplied with a number that reflects your local costs of living. Take the social media company Buffer as an example, as it publishes the salaries of its team (and accompanying multipliers) publicly.

In the case of this new merit-based salary progression (or ‘merit pay’), we could do the same. You could have a base salary that is based on your output and how well you do, and then a little bit extra depending on how long you’ve been around. This extra should account for inflation and increased cost of living when you’re older.

If we consider that salary progression is broken, that seniority should not play such a big role, and that merit pay is a good alternative, then we should be able to easily change the way our salaries are determined, right?

Unfortunately, this is not so easy. Because the most difficult obstacle here is that we need to change our mindset. From a company point of view, employers should not just be willing to determine salaries (more) on the basis of output, but should also actively decrease someone’s salary if their output decreased compared to last year.

And if we want this to be accepted by employees, they should also change their mindset and be able to change spending patterns. But we are all so used to seeing our salaries only go up, that it will be incredibly difficult to accept that it can also go down. This again relates to lifestyle inflation; if you get used to a certain lifestyle, it can be very difficult to downgrade. People are simply not so flexible. Even though being able to not just increase, but also decrease salaries and spending, is exactly what we need.

Do you want to read more about my thoughts on work habits? Read about Differences in Work Breaks, or Lying in Sales.